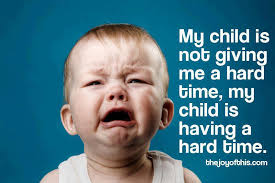 I recently wrote a story entitled “Miss Misunderstood” to address the pre-teen dilemma of feeling “no one gets me”. With this on my mind, many things that I observed fit into the same category making it clear, that it isn’t an issue limited to preteens and teens. Perhaps they react more vocally than other age groups, or perhaps for the first time they are feeling a disconnect with a parent. But  they definitely are having a hard time with something.

I had a conversation with a mother concerned about her child’s success in school. 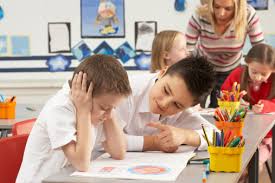 His kindergarten teacher told her that he was one of the best and brightest students in her class. But he had just finished an optional summer school program and that teacher’s report was that he can’t stay focused, is easily distracted and doesn’t complete tasks. Obviously she was concerned that the two reports were so far apart. Before I could form a thought, the six year joined the conversation and very calmly told us that he couldn’t concentrate because it was too noisy. He was more interested in what the boys were doing and saying that was funny, than the paper in front of him. Without an understanding of the setting in the classroom, the description creates a judgment of the child that is if not inaccurate, certainly incomplete. He understood that what his mother was being told was different than his truth.

This happens all the time, doesn’t it? Judgments are made and voiced based on limited perspective. The teacher in this case had a class that was less structured and if that is her norm, doesn’t see that as anything unusual, where for the child, it may have been his first experience in that setting. When we make judgments in everyday life, and we do it all the time, the same thing happens. We are judging one another from our own perspective with a disregard for the situation of the other. Sometimes adults are strong enough in their own self-worth to stop us in our tracks and tell us that that was an unfair assessment, but too often, they leave hurt and holding a grudge or just plain angry.

Pre-teens and teens see the unfairness immediately. If you the parent are the culprit, they can’t avoid the situation and either let it all out or run away. Parents see tween behavior in black and white. I asked you to do this. You didn’t. You chose to disrespect me. The truth is they may have forgotten, and not out of disrespect. 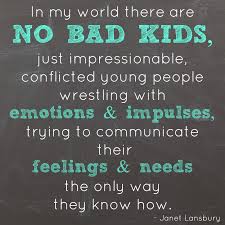 There is so much going on in their heads as they begin to mature. They can’t always prioritize and remember. Something fun and entertaining, or on the other side something devastating comes up and regardless of their intention to follow through with what they began, it doesn’t happen. Isn’t that why adults make lists? For the most part what is on an adult list can be put off until tomorrow and yet children aren’t afforded the same flexibility. And they are blamed for choosing to ignore their responsibilities. They feel misunderstood.

As a school administrator, I met with many parents, teachers and children. Often the discussion evolved around understanding perspective. Everyone has their own perspective and for them that is their truth. In any relationship, understanding comes from being willing and able to see things from the other’s perspective.

All children from birth on, need this understanding to grow, and to learn to do the same with others. Seeing things from their perspective and explaining your perspective to them is valuable at any age. “Because I said so!” didn’t work when your parents said it to you and it doesn’t work now. Aha Parenting.com has a section for all age groups including school age, tween and early teens with many worthwhile articles on this and many other topics written to aid parents in navigating the route to successful, happy, secure children. 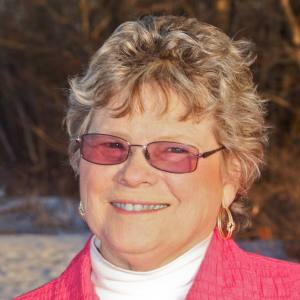 C. Beth Hoffman has a master’s degree in education, and after more than thirty years as a teacher and administrator in New Jersey public schools, she is now retired, giving her time to pursue interests in angels, energy healing and living from the heart. She has studied Reiki, IET (integrated energy therapy), angel therapy, and Magnified Healing. She and her husband reside in the Lake Wallenpaupack area of the Poconos in Pennsylvania where they are blessed to spend time with their grandchildren, one of the inspirations for this book.